And you think your school uniform is ugly?

Take a look at this. Which uniform would you choose to replace yours?
Posted by Richard Paul Scott Smith at 22:33 1 comment:

Learn how to draw in record time

Here's a good page on learning how to draw. http://gu.com/p/2nhhk
Copy and paste this link into your navigation bar
Posted by Richard Paul Scott Smith at 23:26 No comments:

Cheerleaders at the match!

There will be cheerleaders at the students vs teachers football match. Yes that's right. If the action on the pitch is boring (a walkover by the teachers) then there will be action on the sidelines as the "Mercy Angels Cheerleader team" swing into action. More details soon!! 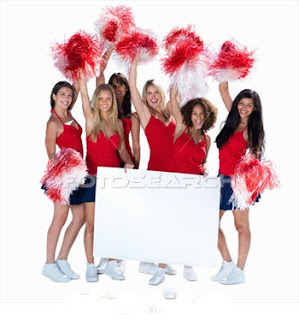 Posted by Richard Paul Scott Smith at 13:20 No comments:

This is truly incredible

You won't believe this. This is Norway, so it's in the Norweigian language. Be patient, and keep watching. It's worth the wait! Copy and paste this link into your navigation bar (at the top of your computer).(copiar y pegar este enlace en tu barra de navegación) tp://www.vgtv.no/?id=38847
Posted by Richard Paul Scott Smith at 21:37 No comments:

Don't desperate if your English level isn't so good, here you have an interview to a player who lives in England. Watch the video and then think again about your English pronunciation level. ¿Is it so bad?

¿Have you realized that Torres & Drogba didn't pass the ball one to each other?
There is a moment in the match in the second half where Torres looks at Drogba because he doesn't go to make the pression and Torres has always to do it. We will see what happens next week but Manchester is on its way to the semifinal. Was it penalty in the end of the match to Ramires?
On the other side we have Barcelona, which it's going to play against Madrid in the other semifinal.
Posted by Igor at 22:22 1 comment:

The school trip for the the third and final excursion of the school year has just been decided.
It will be on June 6th and its a multi-adventure excursion for 3rd and 4th of ESO.
We're going to Laida where we will go canoeing in Urdaibai and trekking up the mountain to San Pedro Etxarre.
We did this trip a few years ago and everybody had a great time.
More information soon!
Posted by Richard Paul Scott Smith at 16:58 2 comments:

..."It´s better to burn out, than to fade it away". This is what Kurt Cobain wrote 17 years ago..... Kurt with his band Nirvana established themselves as the most successful band of the grunge scene in the he 90s. Albums like "Nevermind" or songs as "Smells like ten spirit" are consider classics nowadays.


http://www.youtube.com/watch?v=hTWKbfoikeg
Posted by gorka at 14:23 No comments:

Here it is. The moment you've all been waiting for! The winners and prizes of the Carnival photos competition. The First prize is the Cambridge School Dictionary, and it's for "Two clowns with trumpets" The second prize is an Oxford notebook and it's for "Group on the beach" and finally, the third prize is a student's kit and it goes to Mulan and friends. If you haven't won, there's a consolation lollypop for you.
Ask me for the prizes at school, and thanks for taking part.

Posted by Richard Paul Scott Smith at 13:09 No comments:

Because of disagreement about which photos are the best, the final decision about the winners will be made tomorrow. Sorry about the inconvenience.
Posted by Richard Paul Scott Smith at 18:24 No comments:


B.M.E- Another two bands for this year´s Bilbao Live Festival: Vetusta Morla (one of the most successful Spanish indie bands in the latest years) and The Mars Volta (rock band from Texas). Remember that this sixth edition will take place from 7 to 9 July with names such as: Coldplay, Crystal castles, Blondie, Amy Winehouse, Tv on the radio, Chemical brothers....... Ticket price: 60 euros for a day 110 euros for a three day - pass
Posted by gorka at 13:06 No comments: 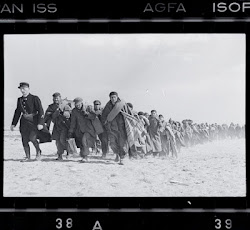